Much has happened on the site during this week. Most importantly, we started soil stripping with the machine and managed to uncover roughly half of the intended area on and around the longhouse structure as seen on the aerial photo. Many different features appeared and even more become visible through meticulous manual cleaning. However, it is also apparent that the site is disturbed and we can clearly distinguish the effect of the plow which often has cut through archaeological features… At this stage, it is hard to tell which features are to be related to the Iron Age use of the area and the hall building(s), but it will certainly become clearer as we investigate further. Some nice finds surfaced this week as well, but these will be presented at a later stage 😛

Also, at the end of this week we are sad to say good-bye to a number of excellent people who had to return to their everyday lives. Thank you Hannele (and what a wonderful piece of art!), Kåre, Linnéa, Markus and Thomas – you all made a fantastic effort and you all will be missed! 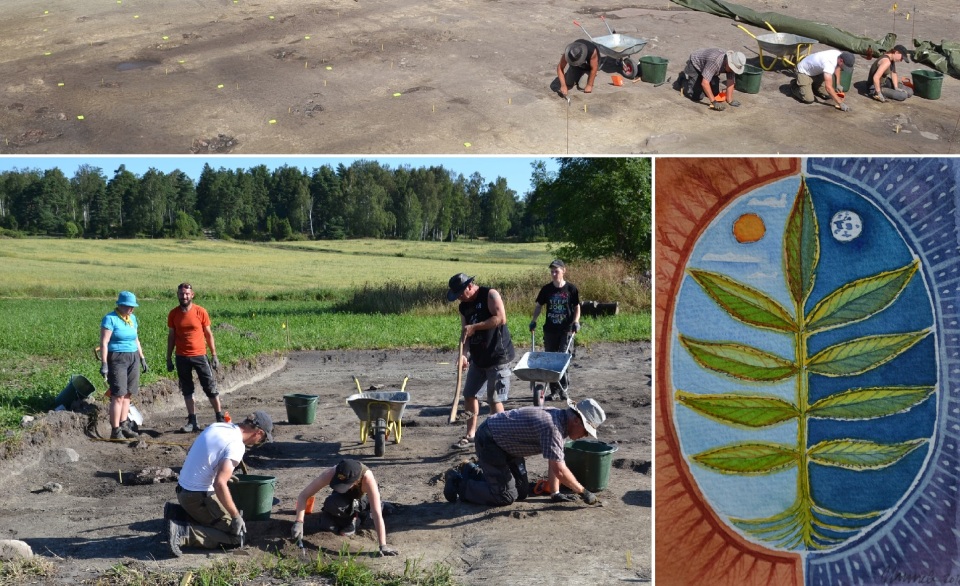 It has not been just work though – the vikings from the Fornföreningen Fibula invited us to the kick-off dinner on Wednesday for this year’s Viking Market. Clothes were provided by Fibula and we looked spectacular with our mix of jeans, sneakers and linen tunics 😉 They (together with many visiting vikings) became our guests on Friday evening when the excavations were presented on the site.